Tanisha is a Freyjaswoman who has been my friend since I began my journey with the Vanir. She has held me while I have lain, shaking, unable to rise after possession trance left me exhausted and weeping. She is one of the most caring people I have ever met.

Our paths with Freyja have often been strangely different, even while parallel. One of our most obvious differences has always been that she is devoted to animal rights, where I am more focused on the land, and thus the ecosystem as a whole. She has been vegetarian, and even vegan, while I’ve always been an omnivore, though rarely as ethical an omnivore in practice as I would like.

In this post she bares her heartbreak over discovering that her health will not allow her to be vegetarian anymore – her omnivorous human body is asserting its need for meat, and she can no longer deny it.

I have expressed support in comments there, but I have many more thoughts that I wanted to offer here, that she may read when she is ready.

As a child, when I was first introduced to the concept of Vegetarianism for the sake of ethics, I was excited. It sounded like such a good way to be ethical, and so consistent. But I realized that it’s no use not eating cows if I have to wear their skins on my feet.

It had been made clear to me very early on that modern, mass-produced shoes would never accommodate my extra-wide, high-arch, high-instep feet unless they were made of leather. Anything else would be either insufficiently stretchy, or insufficiently supportive. Doctors and shoe salespeople alike admonished us repeatedly not to try, but I tried anyway for fashion’s sake, or to save money. As an adult, I even developed crippling plantar fasciitis from trying to wear something other than the ergonomic leather shoes that my feet require. Now I go ahead and shell out the money, and just do my best to make them last as long as possible.

Having been raised by hippie mystics, ignoring the land was never an option for me, even well before I became a polytheist or discovered my path with the Vanir. As a child I was fascinated with American Indian culture, mostly because they were the people of the land I loved, and I wanted to know everything I could about the land I loved, but also because the romanticized portraits that were painted for me by my schools and the media made them seem like people who knew so much better than I did how to interact peacefully with the other living beings in my environment, and that was important to me.

So I took it to heart when the visiting speakers who came to teach my class about American Indian history and culture told us how, after hunting buffalo, the people made a point of not only eating all the meat they could, and tanning the skin, but also using all the bones and horn, and absolutely any part of the animal they could make any use of, because anything less would be a disgraceful waste, and thus show disrespect to the buffalo that offered itself to them in sacrifice so that they could continue to live.

I concluded then that if I had to wear leather shoes, I would continue to eat meat from the same kinds of animals that gave me leather shoes, and that I would learn what I could to make use of as much of the animals as possible. Granted, I may not be a farmer or rancher myself, but I can at the least learn the skills.

Since then, Freyja has taught me that I am responsible for learning all the skills necessary to take any animal I consume the parts of from alive to fully useful. I am not expected to already know all these skills, but if I don’t know them already, I must never stop striving to learn them. If I don’t use any part of an animal, then I do not need to take any responsibility for that kind of animal’s life – but I’d better look very hard and close before I assume that I don’t use any part of an animal, given how we humans consume their habitats.

So I go about learning to tan leather, to spin wool, to butcher and cook, to find crafting uses for all the parts of animals that I can, and to give the rest back to nature to consume and redistribute. Someday perhaps I will be required to learn how to raise and care for such domesticated animals as I’m able, but I don’t see how we’ll fit that into this lifetime, given the rest of what’s on my plate.

Stag imparted to me in a dream once the rules of fair consumption of animals:
Animals are owed a good life and a fair death. If we supply them directly with an easy life, then we may take them in an easy death. If we leave them to take their chances living wild and free, then they deserve the chance to escape freely in a sacred hunt. We must not cheat the wild animals out of their fair hunt, and we are obliged to provide any animal that we domesticate with a good life, and a death with minimal suffering.

This is the least Stag told me we must do. The plants are owed similar respect. Both know quite well that life feeds on life, and that Their survival as a group is intertwined with ours, and each others. They are far more at peace with this than I will ever be, than most humans ever even attempt to be.

I know damned well we don’t uphold Stag’s law for either the plants or the animals we carelessly consume en mass.

I wish, dearly, that I could afford to be the kind of person who lives out in a fully sustainable nature compound, eating only food I can be sure lived a good life and died without suffering, but I don’t have that option, nor do I have the first idea how I would even go about arranging for such.

The Vanir have made it quite clear that running away from society is not one of my options.

So here I am, doing the best I can with what I have, and it’s nowhere near the best it should be. But I do not seek to kill animals needlessly, and I never shy away from using any part I can to honor Their sacrifices.

Hail to the Landwights and Waterwights
Hail to the Seawights and Skywights
Hail Plantwights and Animalwights
Thank you for sustaining us!
We honor Your sacrifices.
May Your next life be greater than Your last!

The Lure of Beauty 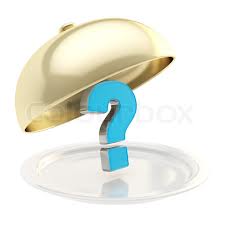 I was a vegetarian for over 20 years. I started on the road as a pre-teen with the brilliant reasoning that some movie star was one. A lover of animals, I slowly gave up all animal protein. I was always and consistently a vegetarian, and often, would drift into veganism, and back to vegetarianism.

Within the last 3 years, a host of health problems arose. I couldn’t digest anything properly, a tumultuous affair began, and my honey moved in and my soy and wheat gluten consumption went up from once a week to twice a day. I worked at a bakery one summer, and had access to all sorts of free to me wheat products. An ill-fated tumble with poison oak left me with an aggressive systemic reaction. I was on Prednisone for almost 6 months. My body was done. My systems were overloaded.

I went to an herbalist to…

Ember Cooke has been a member of Hrafnar and Seidhjallr for more than a decade, where she trained to be a Seidhkona, Galdrakona, and Gythia. She founded the Vanic Conspiracy and made ordination vows to the Vanir and her congregation in the summer of 2013. She has contributed to several publications on Heathen and Northern Pagan subjects and regularly presents rituals and workshops at festivals. Her personal practice is more diverse, as the Vanir have lead her into cross-training and service for the wider Pagan community. This has including medium and servitor training in American Umbanda, clergy training with the Fellowship of the Spiral Path, and jail ministry for local counties. She holds a BA with honors in Religious Studies from Santa Clara University. Ember has lived all her life in the south San Francisco Bay Area, and is intimately bound to the valley of her birth.
View all posts by EmberVoices →
This entry was posted in Animal Spirit Work, Dreams, Personal, Politics and tagged Emotion, Ethics, privilege, Vanic Values. Bookmark the permalink.

Strip Me Back to the Bone

A modern Viking Blog written by an ancient soul

Nomadic Musings of a Wandering Polytheanimist