They’re not native here in California either. For all that I respect and even revere them as animals, living creatures, and emblems of the Vanir, I have no qualms about them being hunted when their invasive overbreeding places the natural balance in danger.

[Edited to add] I realize I did not include the caveats I consider givens where hunting is concerned. I don’t agree with hunting purely for sport. If you kill the animal, I expect you to use the body for food, supplies, whatever – as much of it as possible. And I expect that you’re giving that wild animal an honorable fair hunt, not, say, helicopters and automatics.

It’s just that I also know that once we introduce an animal into an ecosystem, we take on some responsibility for their effect on that ecosystem, as part of our own responsibility to that ecosystem. On the one hand, we’re not separate from nature the way that may imply. On the other hand, our ability to reason and build devices in tools is also not separate from nature, so husbandry is a legitimate part of how we participate once we’ve interfered. -E- 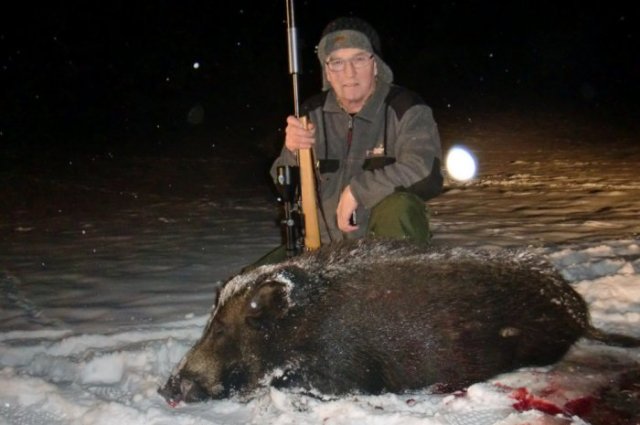 The wild boar is blacklisted in Norway, but the population is increasing. Now the Norwegian Association of Hunters and Anglers (NJFF) is seeking Norwegian authorities for permission to train hunters in counties bordering Sweden in Eastern Norway.

In recent years, the wild boar population has increased, but the species is alien in Norwegian nature: It is unclear when it became extinct, but this may have happened about 500 BC.

More and more hunters bump into the temperamental swine when they are hunting for other animals, NJFF writes in the application. They also argue that that both hunters and dogs should receive training in searching for injured wild boars hit by cars.

The animal have spread from the Swedish population that is believed to count at least 150,000 individuals. In Sweden, about 60,000 wild boars that…

Ember Cooke has been a member of Hrafnar and Seidhjallr for more than a decade, where she trained to be a Seidhkona, Galdrakona, and Gythia. She founded the Vanic Conspiracy and made ordination vows to the Vanir and her congregation in the summer of 2013. She has contributed to several publications on Heathen and Northern Pagan subjects and regularly presents rituals and workshops at festivals. Her personal practice is more diverse, as the Vanir have lead her into cross-training and service for the wider Pagan community. This has including medium and servitor training in American Umbanda, clergy training with the Fellowship of the Spiral Path, and jail ministry for local counties. She holds a BA with honors in Religious Studies from Santa Clara University. Ember has lived all her life in the south San Francisco Bay Area, and is intimately bound to the valley of her birth.
View all posts by EmberVoices →
This entry was posted in Animal Spirit Work, Politics, Vanatru and tagged boar, Boars, Environmentalism, Look What I Found!, Vanic Values. Bookmark the permalink.

Strip Me Back to the Bone

- A Modern Viking Blog written by an Ancient Soul -

Hope is only the beginning of change.

We have to pay attention